Originally posted by Kenneth Tharp on The Place website on 25 June 2014 (link): 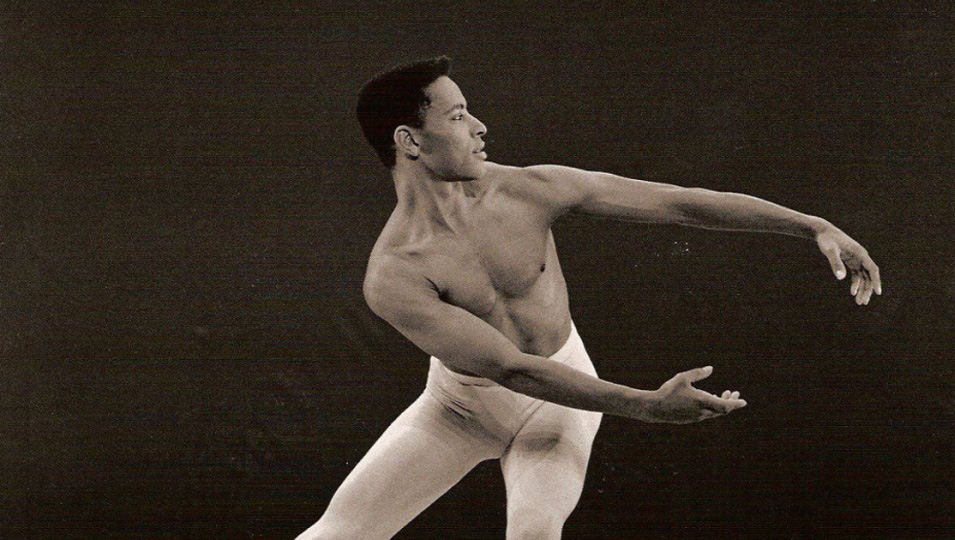 Today (25 June 2014), eight and a half years after my swan song, and after nearly seven years working behind a desk, I’m back in the studio… as a dancer. Why am I doing this?

Late last year, I had a lunchtime meeting with Jane Hackett from Sadler’s Wells, who told me about an idea they’d been cooking up at Sadler’s Wells to do a dance project involving older , people like me, who had been professional dancers but were now no longer dancing. I was fascinated by the idea of what that might entail, in the way that one can become fascinated by terrifying insects, and then Jane asked if I would consider being part of it. I smiled. I thought for a brief minute and then said I’d be really interested in giving it a go, if I could make it work with my busy day job at The Place.

Today is the first rehearsal. The reality of that is sinking in and I’m sitting here at my desk one of many meetings, asking myself why am I doing this? Why on earth am I doing this? I think I’m still in denial. It’s been rather a long time since I’ve danced in that way. Nearly seven years in fact, with one small exception. So why put myself in that position again now?

Let me rewind a little.

In December 2005 I had my swan song as a dancer, at The Place, in a season called White Christmas, in which all the walls of the theatre had been painted white. I was dancing a short solo called The Swan, choreographed by Siobhan Davies’ to ëns Carnival of the Animals, music known most famously as the accompaniment for Anna Pavlova’s The Dying Swan solo. The costume was normally white, but because of the white walls everywhere, I wore a black shirt and trousers and became a ‘black swan’.

I thought that would be my last fling on stage and then in October 2006 I found myself unexpectedly back in the studio rehearsing Aletta Collins’ Stand By Your Man for a Dance Umbrella Gala Then again in summer 2007, I was invited by choreographer Kim Brandstrup, for whom I’d danced for many years, to take a small supporting role in a short film/installation commissioned by Opera North from Kim and the Brothers Quay, to celebrate Monteverdi’s centenary. Entitled She So Beloved, the work featured Royal Ballet Principal Zenaida Yanowsky, with the music, Monteverdi’s Orfeo, sung by her husband Simon Keenlyside. We had a fabulous few days in a studio in Rotherhithe, where all the costumes for the Royal Ballet’s Tales of Beatrix Potter had been made. We had fun and it was a joy to dance with one of my favourite ballerinas. About a month later I started my role as Chief Executive of The Place.

I didn’t have time to even think about dancing for the next three years, until as part of The Place’s 40th anniversary celebrations in 2010, I agreed to take part in a revival of Victoria Marks’ Dancing to Music, where I found myself on stage with Richard Alston, Eddie Nixon and second year LCDS student Dominic .

That was the last time I performed on stage. My only steps on to the stage these days are for public speaking, welcoming guests at fundraising events and the like.
So why am I doing this?

I am not entirely sure; it’s easier for me to articulate the reasons why I am not doing it:

• I’m not doing it for the money, or for the sound of applause and I’m certainly not doing it because I have spare time to fill!

So… I suppose I am doing it most of all because I’m curious:

• I’m curious to know whether it will feel alien or familiar to try and behave and think like a dancer after at least seven years
• I’m curious as to which will have withered more with age, my physical instrument and its possibilities, or my ability to learn and remember movement and work creatively with a choreographer
• I’m curious to see how a choreographer and composer will want to work with a group of old
• I’m curious to know whether in the years of watching, and not doing dance, my knowledge and skills have somehow magically increased
• I’m curious to see how I, along with my fellow brave explorers, will cope with this whole journey, something in me says it will be character building
• And so, I’m waiting to see over the next couple of months what that journey will be about and I appear to be regarding myself as both the scientist and the object of scientific study at the same time.
• And I’m trying to ignore the fact that at the end of this, sometime in September, it will involve stepping on to a stage in front of an audience at Sadler’s Wells

Why am I doing this?

One thought on “Why am I doing this?”

This site uses Akismet to reduce spam. Learn how your comment data is processed.